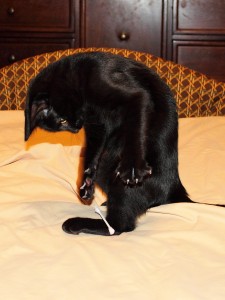 After having the kitten for a week, we finally decided on a name for him Saturday; Wolfgang Puck, or just Puck for short. We picked that name because he loves food and he shoots around the room like a hockey puck.

So far he is doing well. He always uses the litter box, unlike our Bad Cat Chris, who is old enough to know better. He eats like a pig, he plays hard, he sleeps well (also unlike Chris) and he has already figured out the cat door.

As some of you know our cat Abbey has been sick for a while. She has actually held on longer than expected and we were hesitant about leaving her to go on vacation but a cruise is not something that you cancel without good cause.

She made it through the week okay but she had lost even more weight and it looked like she was starving to death even though she ate like a pig. It became clear that because her liver was not working right, she was literally starving for nutrition. So we decided it was her time to go.

We put her in the cat carrier and made the long drive to the vet. It was long because we brought her to the vet that Rose’s sister, Felice, works at.

She cried for half the trip and I felt very guilty because it seemed like she was asking us to go back home. I opened the door and started petting her until she was crying and purring at the same time. I then felt even more guilty.

After we got to the vet we were ushered into an exam room where the vet looked at her and confirmed it was time. We said our goodbyes and Felice took her in the back. We did not want to be there for that part but Felice said she would stay with her, which made us feel better.

Not exactly the best end to our vacation. 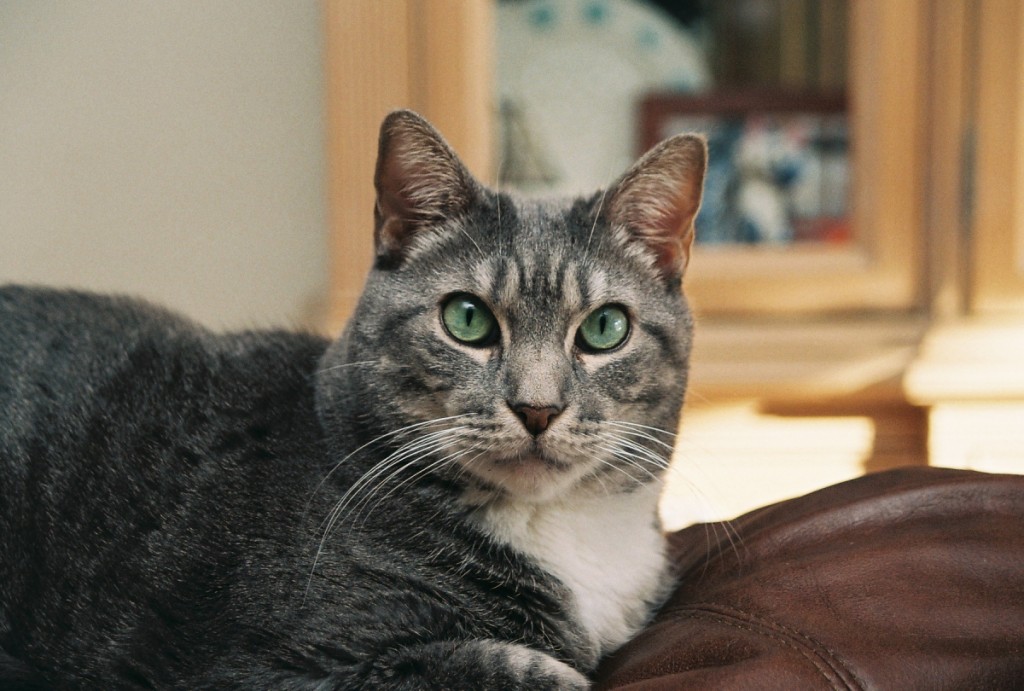 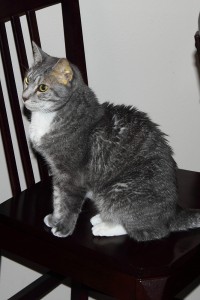 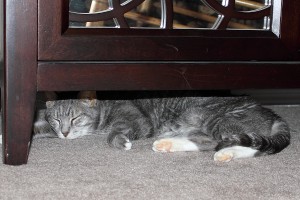