Rose’s sister, Felice, was recently given a very young kitten that was near death. She has become known as the go-to person for hopeless cases like that because she is very good at nursing kittens.

A few weeks ago she told us the kitten was healthy and nearly ready for adoption. She almost talked us into taking him but we couldn’t with a vacation coming up. We also did not want to upset Abbey since she was so sick.Now that Abbey is gone, we had no more excuses and even though it seemed a little soon, we dicided to get the kitten today because we had to bring the car to New Port Richey, which is not far from Felice’s house.

As soon as we got him home, Tigger ran upstairs and Chris had to smell every part of him. Chris wasn’t mean to him but I think he was so annoying that the kitten spent the next few hours hiding under the bed. He only came out to eat and then back under the bed. Unfortunately I was not able to show him the litter box and he pooped on the carpet. Hopefully that won’t last long.

As I write this he is out from under the bed and stepping on my keyboard. 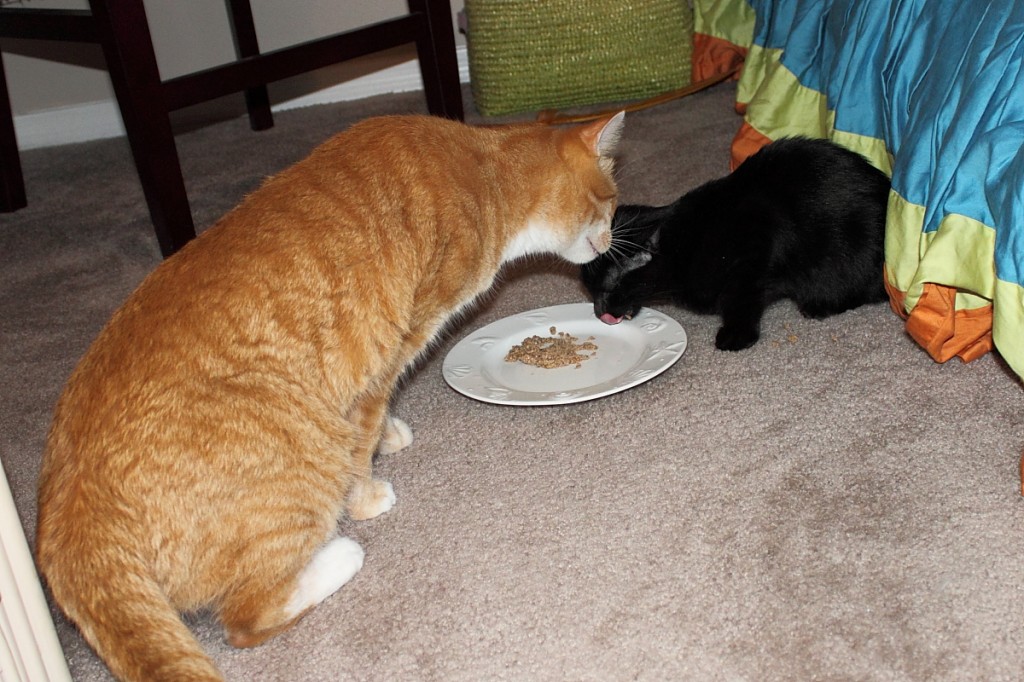 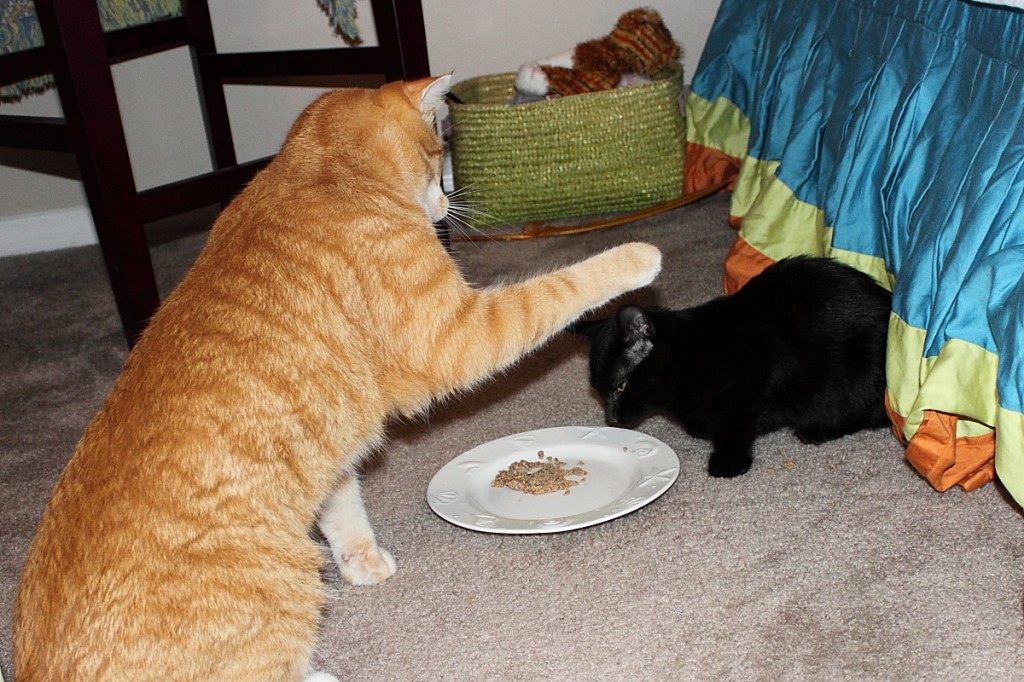 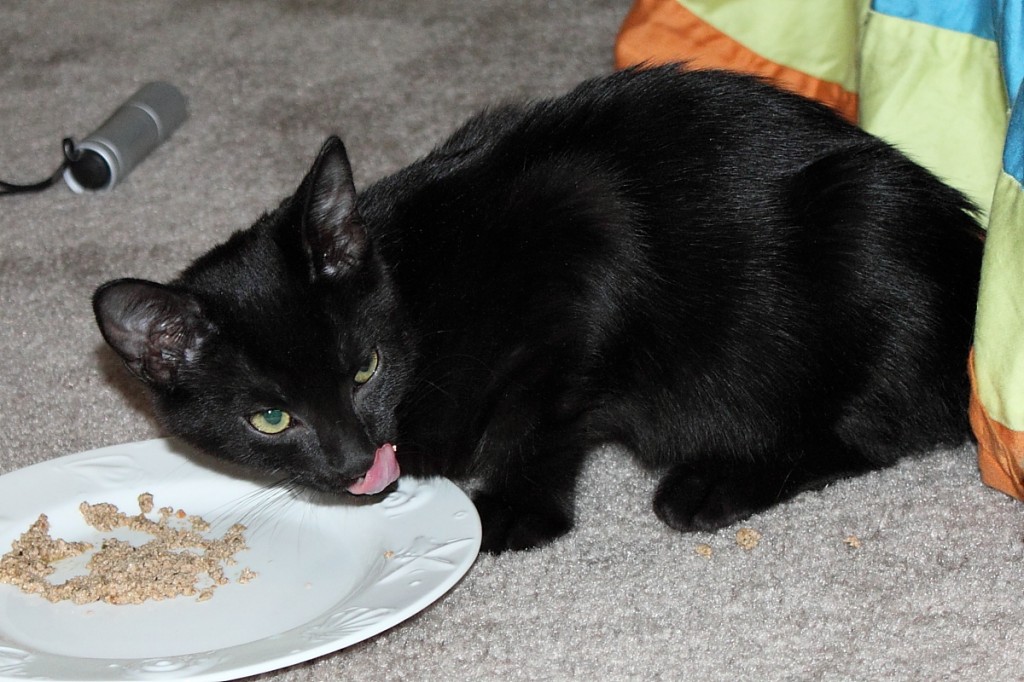