I am currently taking a German language class and one of my assignments this week was to discuss a few of my favorite German words. This was a difficult assignment, not because I couldn’t find German words that I like but because there are too many.

There seem to be more compound words in German than in English and many of these words are descriptive in ways that are both funny and true. They also tend to be more accurate than their English counterparts. In addition, these words are easier to learn because they are essentially two easy words put together to form a more specific word, so if you know the two easy words you can easily understand the compound word.

For example, one word I find amusing is “Handshuhe” (all German nouns are capitalized). This word literally means “hand shoes” or in English you would call them gloves. I think someone learning German can understand “Handschuhe” easier than an English learner could understand, or remember, “gloves.”

A word that I really like is “Warteschlange.” This word not only sounds good but it has a cool meaning: “wait snake.” It technically means “queue.” It would be like the line at the post office or an amusement park that twists around like a snake.

Another great word is “Scheinwerfer.” This word literally means “light thrower” which is a much cooler word than “headlight.”

Then there is “Stinktier” or “stink animal,” which is much more descriptive than “skunk.”

“Faltier” or “lazy animal,” is a sloth. A “Staubsauger,” or “dust sucker,” is a vacuum. A “Stachelschwein,” or “spike pig,” is a porcupine. “Fledermaus” is a “flutter mouse” or bat. Another of my favorites is “Flugzeug,” which means something like “fly thing,” which, of course, is an airplane. There is also “Schildkröte, or “shield toad,” which is a toad with a shield, otherwise known as a turtle. There are many more similar words but I think you get the idea.

Finally, a word that I found to be quite amusing is more of an idiom than a description. “Schattenparker” literally means “shadow parker” and is a word that my teacher never heard before. It essentially refers to a man who is not very manly. The reason behind it is that a man who takes a shady parking spot rather than leave it for someone who needs it more is not behaving manly.

Of course, German does not have a monopoly on funny compound words. English has a few good ones too. “Aftermath,” for example, is a weird word. Perhaps it is the destruction that takes place after one does math. I don’t know. “Bulldozer” is probably my favorite English word but I have no idea why it is called that.

What do you think? Do you know any words, either in English or another language, that you really like or that are funny in their literal meaning or just funny in the way they sound?

Rose and I went to the Lowry Park Zoo last weekend and I was shocked when I learned that the zoo had put all the orangutans out with nothing but the fur on their backs and an old shirt and some paper bags to protect them from the sun. 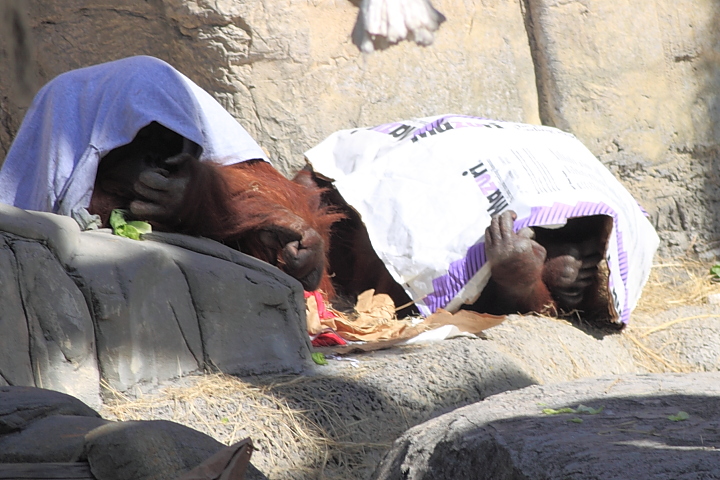 One was too embarrassed to show his face. 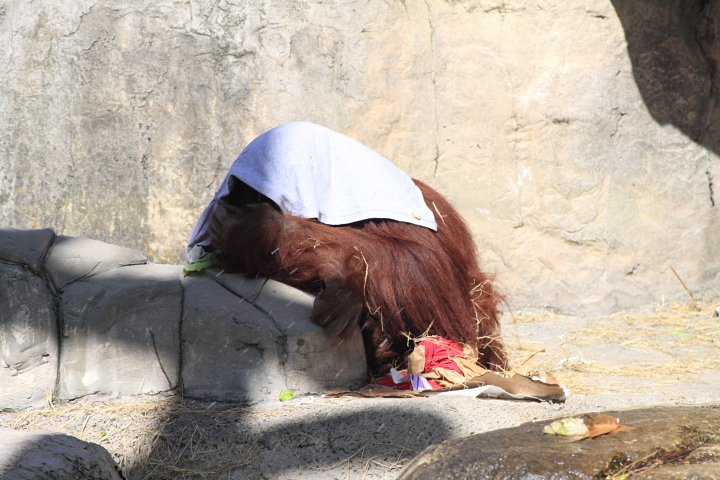 Another decided to just wait until the sun went down or until zoo officials changed their mind and let them back inside. 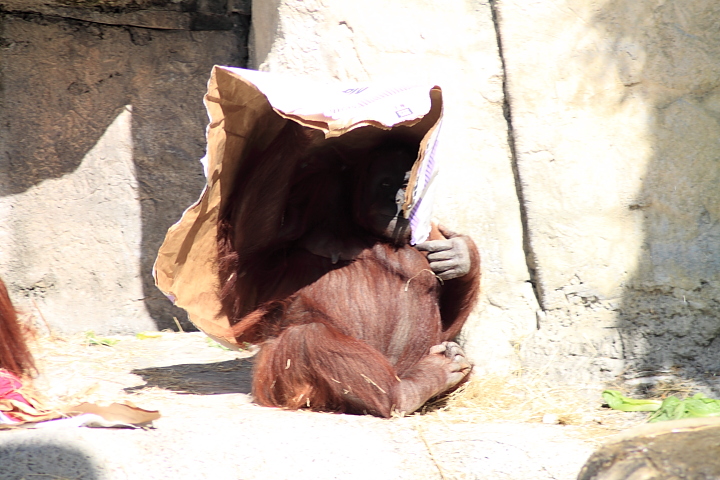 One thought he could go over the top like Bruce Wayne. 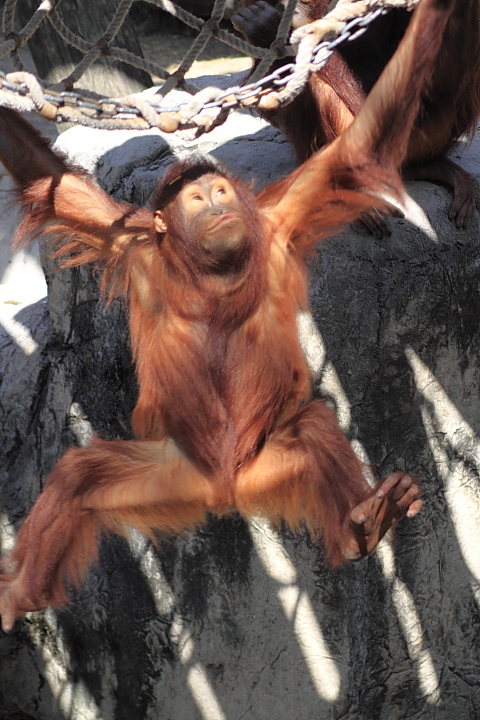 Yet another decided to use this time to relax. 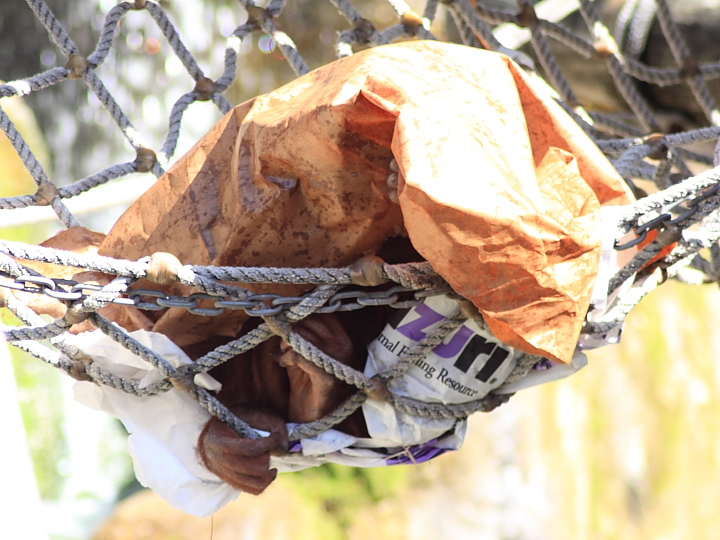 With only a few pieces of lettuce to eat, food was getting scarce.

Soon depression started to set in. This fellow contemplated jumping. 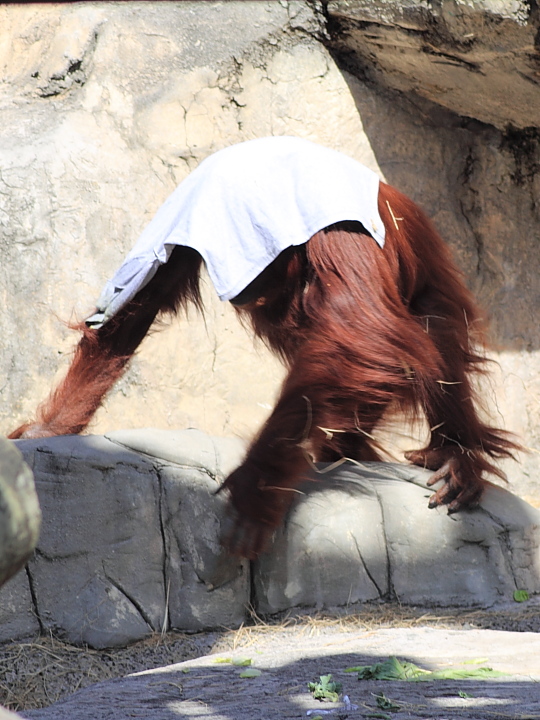 And this one plotted a way back inside. 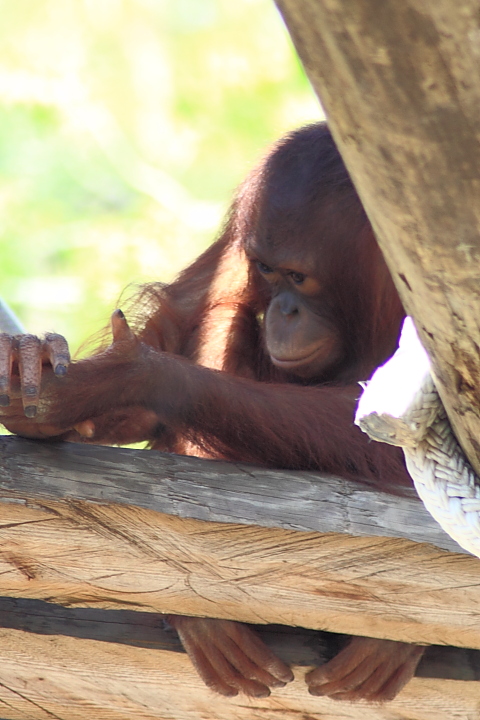 I sat down and talked to one of the orangutans. 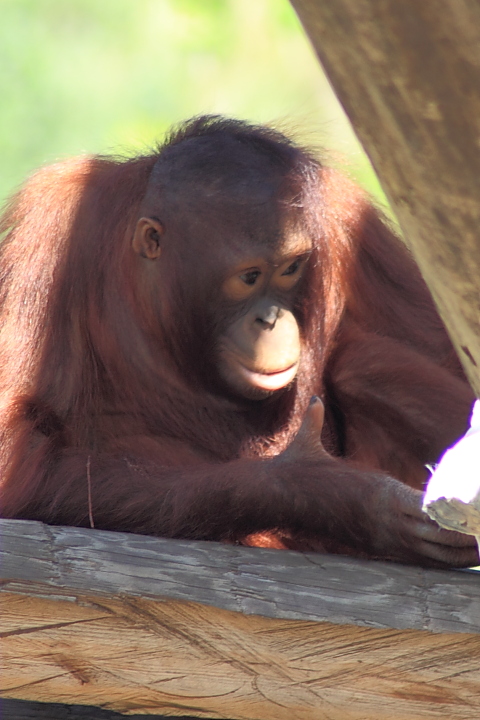 Author’s note:
For the one percent of the people that do not know that this is a joke: This is a joke. Please do not call Lowry Park Zoo to complain. Never-mind, call them if you want. It might be funny.