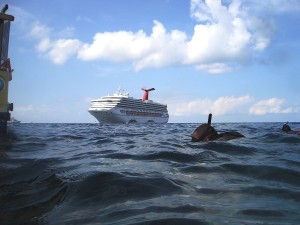 After our ship, the Carnival Destiny, arrived in Grand Cayman we took the first tender boat to shore and waited for the rest of the group that had booked our tour, which was the Marineland Tours Amphibious Bus Tour. We did not have to wait long because there were only three or four other couples, which was nice..

We started with a tour of part of Georgetown and then we entered the water where we drove over a couple of the nearby shipwrecks. The bus has an underwater camera so we could see what was down there. 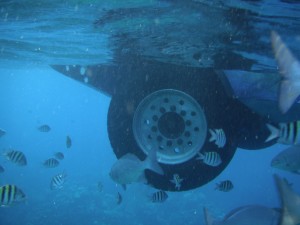 After that we snorkeled for about twenty minutes, maybe longer. The fish are accustomed to being fed so many showed up when we arrived. I was able to get a number of photos and videos underwater before my camera’s battery went dead. 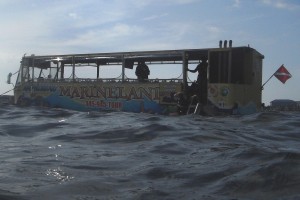 After snorkeling we toured more of the town and stopped at seven mile beach for fifteen minutes. I, of course, can’t show you pictures because my camera was dead. After the beach, we were taken back to the ship. The whole tour was around two hours but it was way better than the beach in Ocho Rios.

I posted some videos of this trip at http://youtube.com/hussvideos